“Ceaselessly I recall your kisses, your tears, your enchanting jealousy; and the charms of the incomparable Joséphine keep constantly alight a
bright and burning flame in my heart and senses. When, free from every worry, from all business, I shall spend all my moments by your side,
to have nothing to do but to love you.”
-A love letter from Napoleon Bonaparte to his wife Josephine de Beauharnais, 1796

For Autumn Winter 2021, Stephen Jones presents his love affair with France through hats.

‘French Kiss’ is a romance beginning almost 40 years ago, when Stephen began commuting between London and Paris, collaborating with the most incroyable of French designers; Jean Paul Gaultier, Thierry Mugler, Claude Montana and Azzedine Alaïa. Stephen fondly remembers his parties at the legendary clubs Le Palace and the Nouvelle Eve, where his hats became the lingua franca of the 80’s. Furthermore, in September 2021 Stephen marks ¼ of a century of being the Directeur Creation Chapeaux at Christian Dior in Paris.

The Model Millinery collection illustrates chapters of this narrative of love; French savoir-faire, Parisian chic, and the allure of the boudoir; From a deconstructed ‘Napoleonette’ felt bicorne and ‘Bibi’, an haute couture velvet croissant, to ‘French Kiss’, a cocktail hat of silken lips and whirling tongues.

The Miss Jones and JonesBoy hats encapsulate French ‘Je ne sais quoi’, from twinkling berets perfectly angled to kiss under the Eiffel tower, to trilbies sprinkled with raindrops ready for a midnight promenade in the Jardin de Tuileries.

‘‘French Chic is wearing black. But when French Chic is getting undressed at the end of the evening to make love maybe they're wearing pink and red.’’ -Stephen Jones, 2021 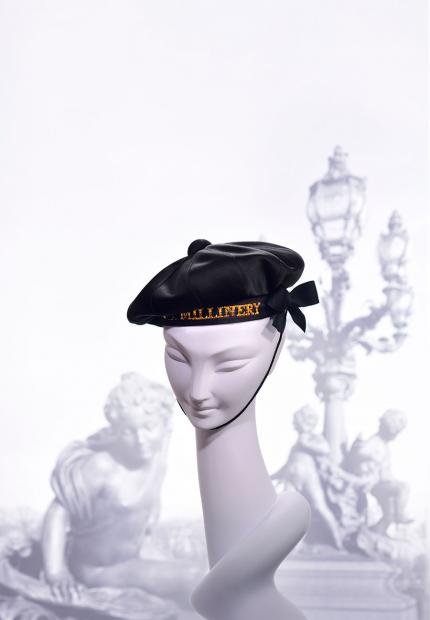 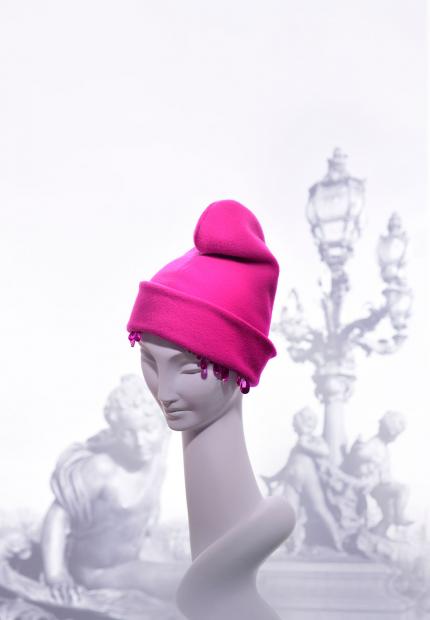 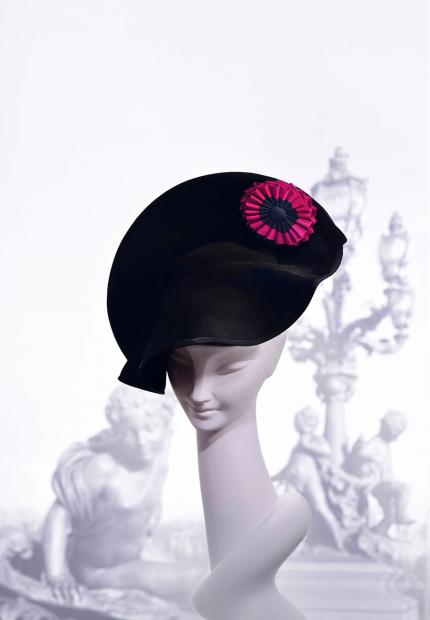 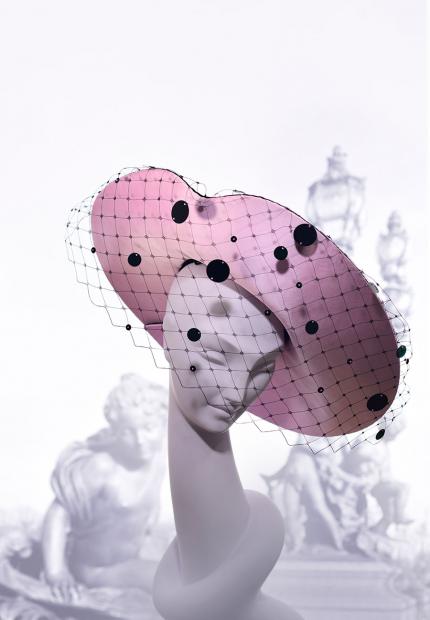 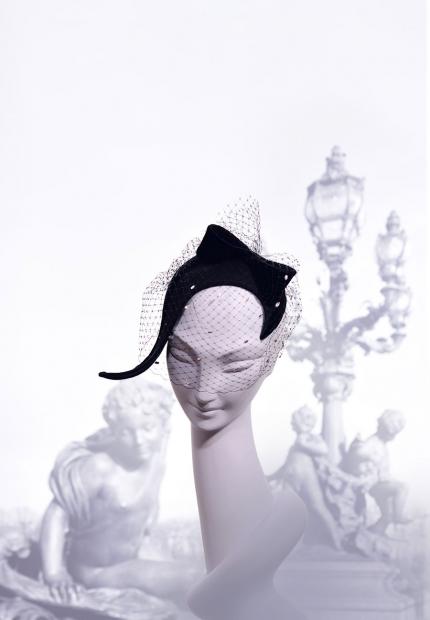 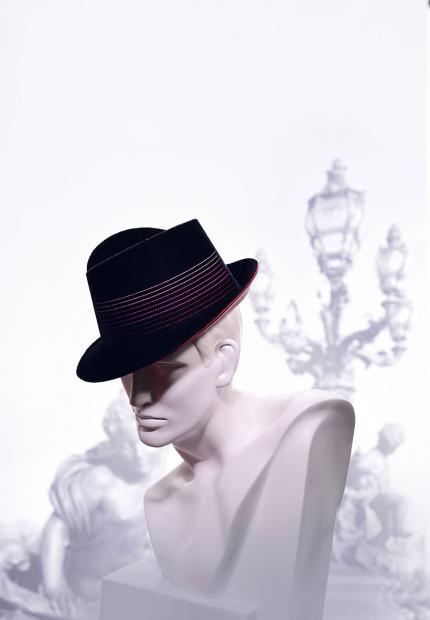 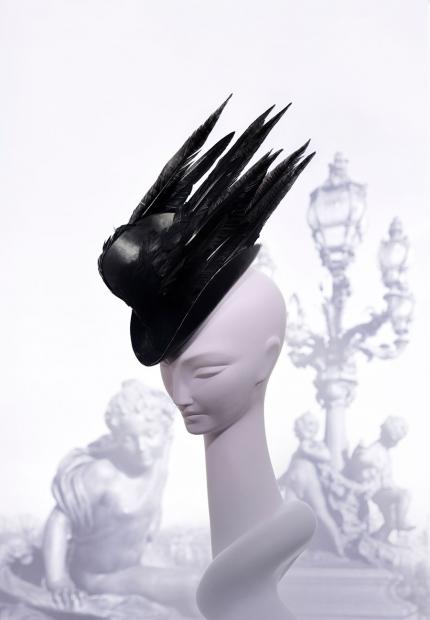 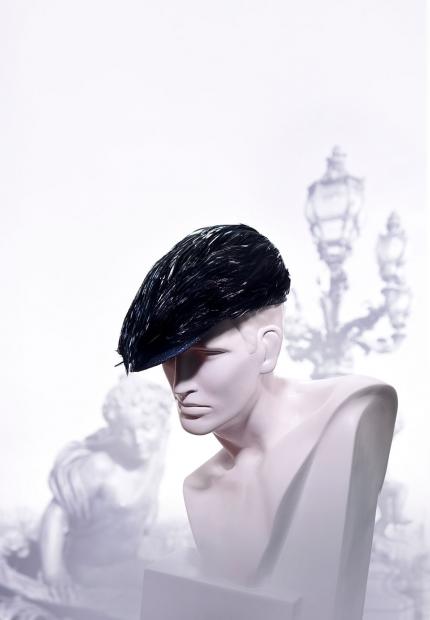 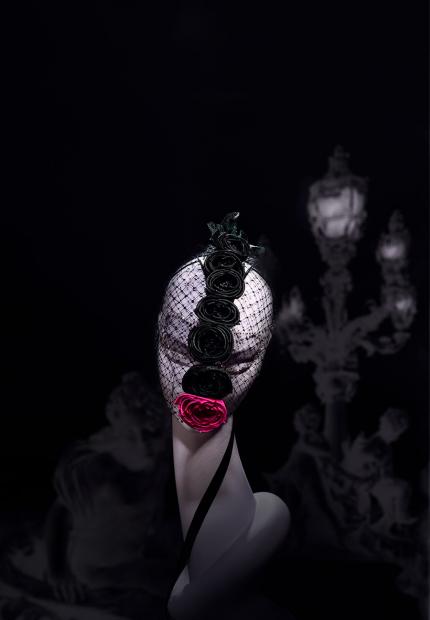 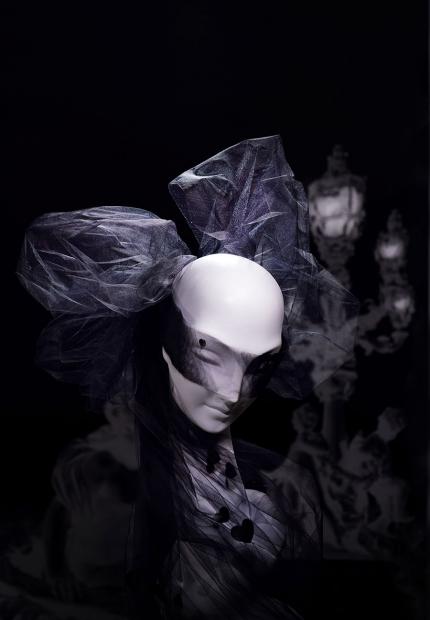 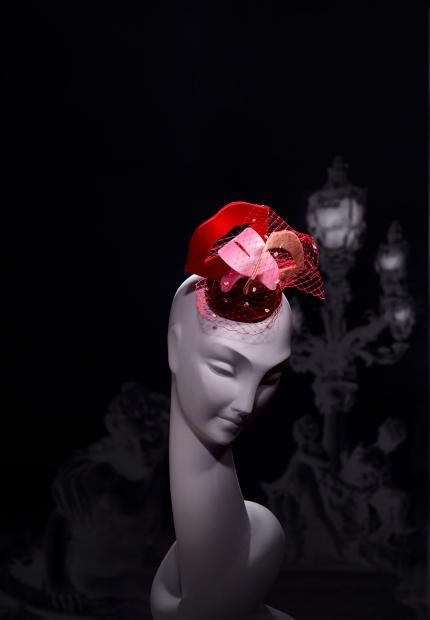 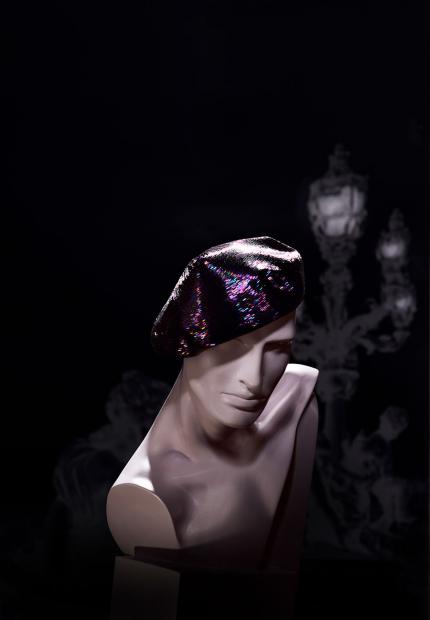 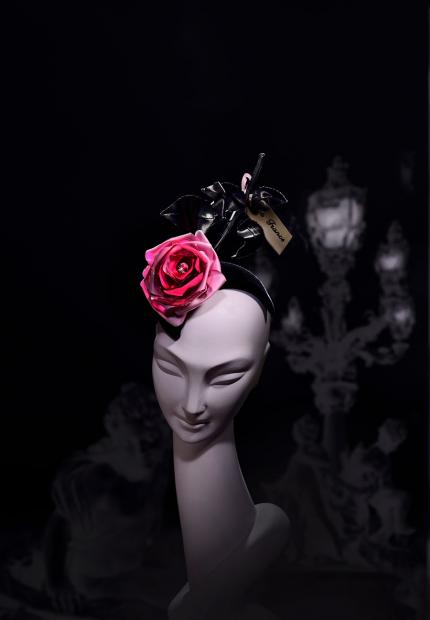 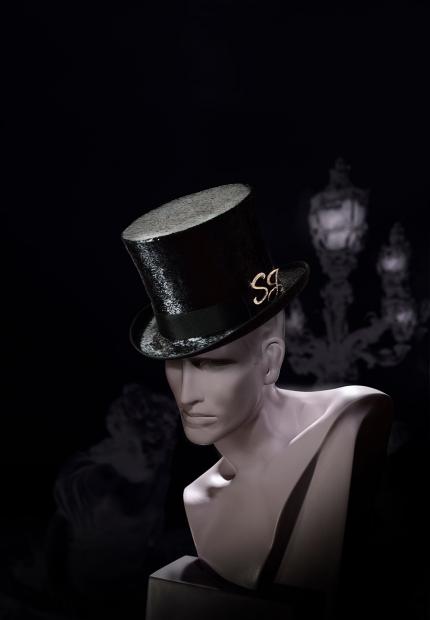 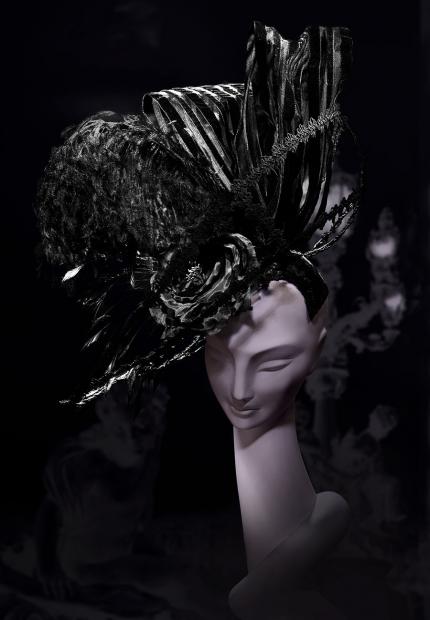